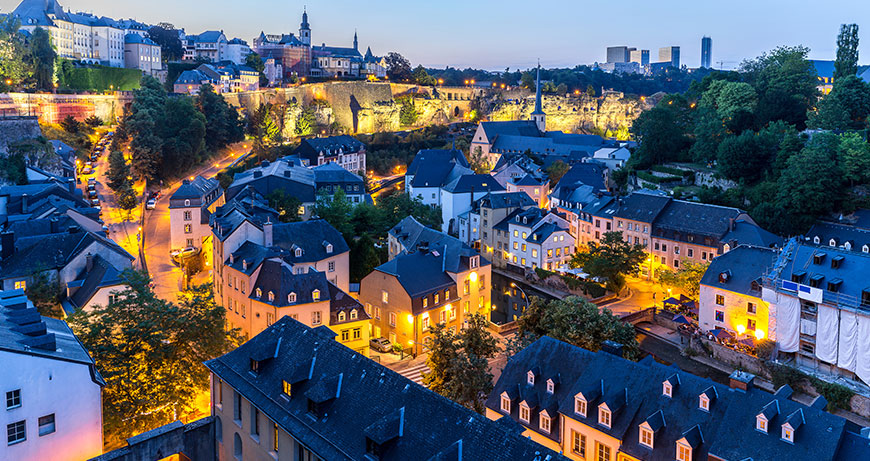 Luxembourg is located in northwestern Europe, surrounded by neighboring countries France, Germany, and Belgium. It is a landlocked country and the only remaining Grand Duchy on the European continent today, with its capital Luxembourg City. Because of its small size and many ancient castles, it is also called "pocket kingdom" and "country of a thousand castles". Luxembourg is a highly developed capitalist country and the richest country in the world. It is one of the founding members of the European Union and NATO, and the world's second-largest investment trust center after the United States.