Analysis of Industrial Parks in Mexico

On January 29, 2020, the newly revised United States-Mexico-Canada Agreement (USMCA) was signed again, bringing new business opportunities to many exporters. Mexico also happens to be one of the countries with most free trade agreement in the world. Subsequently, more and more Chinese companies are making investment or relocating their factories to Mexico, where pre-fabricated parts or materials imported from China are to be assembled, before being exported to Canada, USA and many other trade partners. . Under the current USMCA, Mexican exports are exempted from tariffs. Setting up plants in Mexico also allows many Chinese companies to find a way around the Anti-dumping and Countervailing Regulations of the US, making Mexico an attractive country for many industries, such as textile, tyre, household electrical appliance, etc.. The following analysis of plant relocation to Mexico are based on years of studying and investigation.

Analysis of each industrial park

Statistics from previous years of the survey show that the northern and central regions of Mexico are where most of foreign investors are attracted to.States that received the most foreign investments are, in the descending order, Mexico City (18%), Baja California (9%), Leon (8%), Chihuahua (6%) and Guanajuato (6%). The Northern Region, which include Baja California, Baja California Sur, Chihuahua, Coahuila, Durango, Nuevo Leon, San Luis Potosi, Sinaloa, Sonora and Tamaulipas, has the most concentrated industrial activities and shows strong competitiveness in the industrialization, economic growth and public services. Among them, Nuevo Leon is undoubtedly the most favorite of all.

Nuevo Leon, located in the northeast of Mexico, has a population of 5 million and is the second largest economy of Mexico. Its capital, Monterrey, is the third largest city in Mexico, the second largest in economy and the largest industrial city. Monterrey is also known as “the most American city in Mexico”, enjoying the best public security in Mexico. Nuevo Leon is home to many industrial clusters, such as automobile, medical and aerospace equipment, etc. The recent years witnessed significant development in the furniture and home appliance industries. As the highly developed industrial center of Nuevo Leon, Monterrey is preferred by many manufacturers due to the easy accessibility to their upstream products manufactured in the same city . Nevertheless,many other enterprises may choose Mexico State over Monterrey, due to its proximity to the capital and the biggest city, Mexico City, TOLUCA area, for example, enjoys the advantage of lower cost in labor and building plants.

Cost Factors to take into consideration

Of course, when it comes to finding the right location for the plant, many factors other than plant rental or labor cost must be taken into consideration.

1. Transportation. More than half of the plants choose states close states bordering the U.S for setting up plants, mainly due to its proximity to the US and Canada. Major highways around the plant site, nearby ports, airports, railways, and land-entry ports should all be taken into account.

2. The population density. The cost of hiring skilled staff may vary from state to state. In some states, the staff might have received training in other companies , which means they can be prepared for the new job. The cost for staffing is expected to be lower where the population density is higher.

3. Availability and cost of water, electricity and gas. The average electricity price is about 2.3 pesos per kilowatt-hour for industrial production and the water and gas prices do not vary much in various regions of Mexico. Request of direct power supply can be made directly to Mexican energy authority.

5. Labor cost.  Mexican government issued the latest salary requirements in 2022, as shown below. 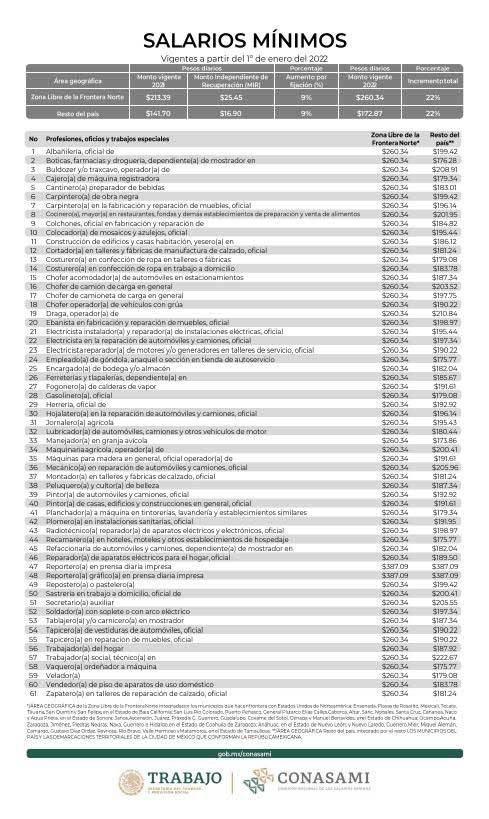 The federal government of Mexico has been consistently supporting foreign companies to build factories in Mexico. Manufacturing revenue in accounted for 17% of its GDP in 2018. One of the main incentives introduced by the government is tariff relief under the IMMEX program. Through this program, manufacturers can "temporarily" import production raw materials and production equipment without paying customs duties and a 16% VAT if they export goods within a specified time period. 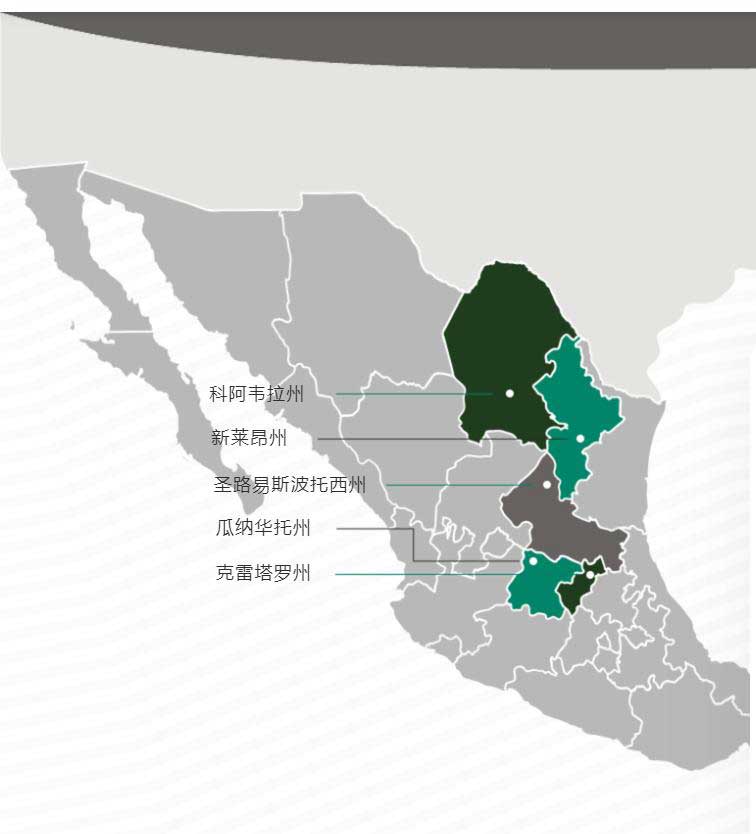 Other Blogs at Jilian Consultants